I had a “special child”. She’s brilliant. One of the smartest folks I know. But she didn’t quite fit in the “normal” zone. I also have a cousin who is about to get a Ph. D. in Psychology… he said he wants to know where they keep “normal” people. They’re harder and harder to find.

Good for you that you understand your son and have created a rich environment where he grow. My daughter doesn’t do things in a linear fashion. But she’s amazing!

What’s the Einstein cartoon? If you judge every creature by its ability to climb a tree… fish, giraffes and countless others are “disabled”.

Keep up the great work! Your blogs are always inspiring. 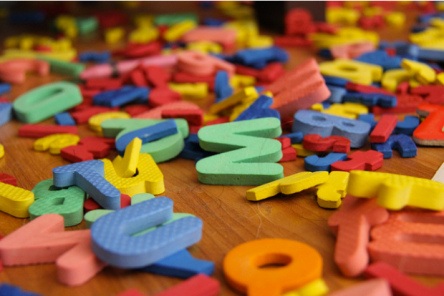 Last time, when we talked about Barnes & Noble, I mentioned a book by Malcolm Gladwell David & Goliath: Underdogs, Misfits and the Art of Battling Giants.  This is a really interesting book because Gladwell peels apart our common perceptions of what an advantage really is. Sometimes, that which others claim is undesirable really isn’t.

It is merely different.

Right now I am at a weird crossroads and admittedly I am a bit scared because I am deviating outside the “accepted.” For those who don’t know, my son The Spawn (Age 5) has had an interesting road. When he was two and a half, he had all four front teeth knocked up into the maxilla and had to have them surgically removed. Twenty thousand dollars in maxo-facial surgery later, we had a little bat.

This created some problems. Obviously, his speech suffered the…